Jeff Bezos, the founder of Amazon – E-commerce Giant, changed the eCommerce landscape in the world with Technology

Jeff Bezos, the founder of Amazon 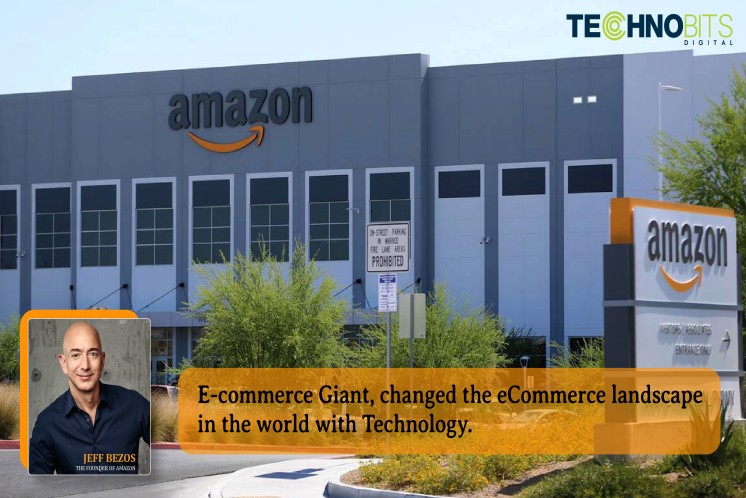 With the announcement of Jeff Bezos stepping down as chief executive of the e-commerce giant, the new page is turned over in the history of Amazon. Amazon has shown an impressive trajectory of massive growth and transforming the e-commerce landscape in the world.

Under Bezos’s leadership, Amazon evolved from an upstart online bookseller operating from the garage into one of the world’s most popular Internet marketplaces able to quickly deliver a vast catalog of products and services.

To make this a reality, where a million transactions made by customers on an hourly basis around the world are handled, Amazon has made use of the technology to its advantage. Amazon had to build an array of computer data centers, stacked with rows upon rows of servers, to make sure the online marketplace could handle the growing business.

That paved way for a new market for the company, Amazon Web Services - a Sister company of Amazon, a giant, profit-driving cloud computing operation that now powers websites around the world.

According to Jeff, the invention is the root of their success. Be it customer reviews, 1-Click, personalized recommendations, Prime’s insanely-fast shipping, Just Walk Out shopping, the Climate Pledge, Kindle, Alexa, marketplace, infrastructure cloud computing, Career Choice, and much more.  Other companies follow Amazon’s lead and now these technologies have become new normal for us, and that’s the best compliment for any innovator, Jeff spoke in his address to the employees of Amazon.

To take the technology-based innovation to new heights, Jeff launched Blue Origin about 20 years ago, a space-travel company with the stated goal of “millions of people living and working in space.

The company in part is focused on, developing a spacecraft capable of ferrying astronauts to and from the moon’s surface. Looking at the trajectory of Jeff, this also might turn out to be a paradigm-shifting venture in the future.