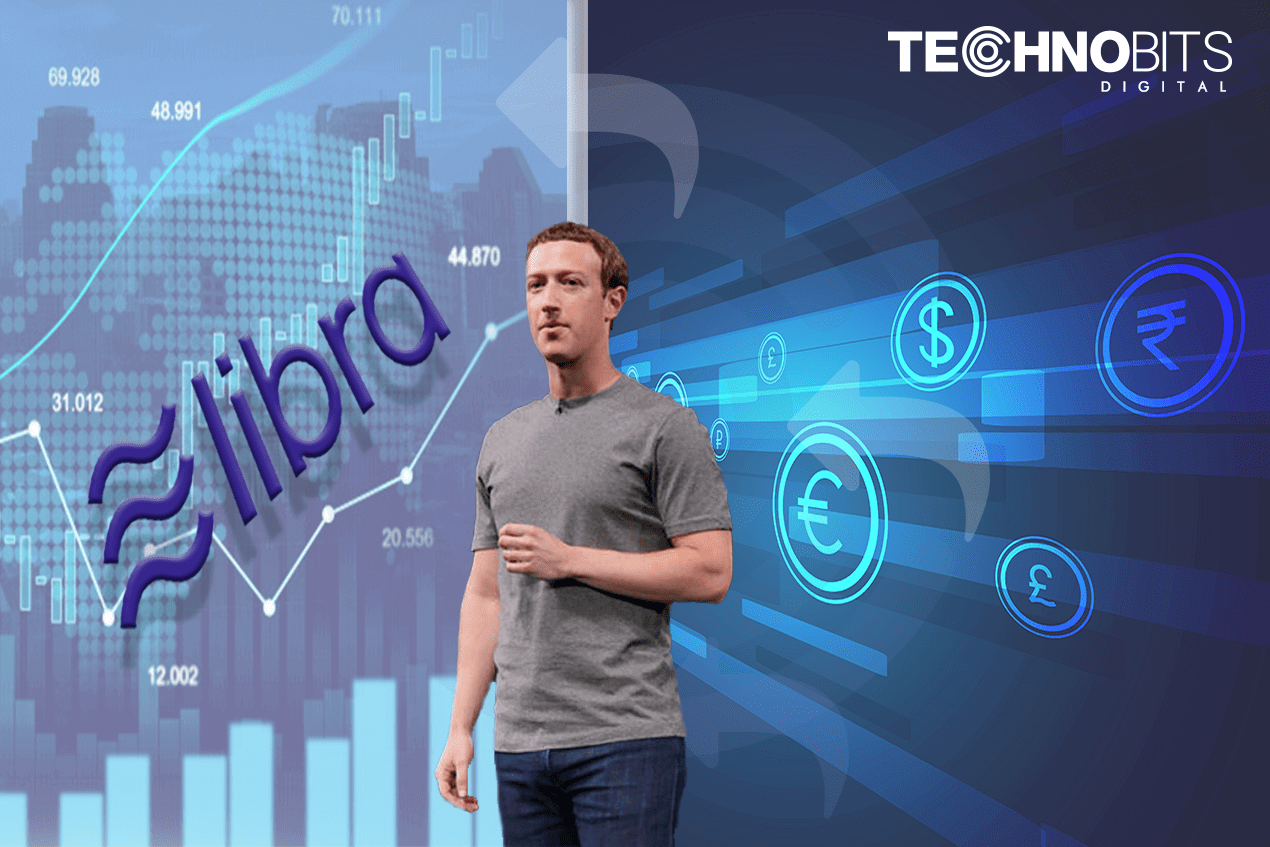 On Morning of18th June 2019, Facebook CEO Mark Zuckerberg announces the launch of Libra a cryptocurrency with associated with 28 different partners in his Facebook Post. It is administrated by a Libra Association with 28 members including Facebook and Calibra (the minor Facebook spun off to craft a separating line between Facebook's data and social network and the operations of Libra), many of which are centralized corporate entities, including MasterCard, Visa, and Coinbase.

“When I think about all the different ways that people interact privately, I think payments is one of the areas where we have an opportunity to make it a lot easier. I believe it should be as easy to send money to someone as it is to send a photo.” – Mark Zuckerberg, F8 Conference April 2019

The new subsidiary aims to be launched in mid-2020 and expected that the associated members will be reaches to 100. Libra, which allows you to buy things or send money to people with minimal fees nearly zero fees. You’ll pseudonymously buy or cash out your Libra online or at local exchange points like grocery stores, and spend it using interoperable third-party wallet apps or Facebook’s own Calibra wallet that will be built into WhatsApp, Messenger and its own app. Today Facebook released its white paper explaining Libra and its testnet for working out the kinks of its blockchain system before a public launch in the first half of 2020.

If this gets accepted by companies and users, Libra can become a more convenient way to pay online. Facebook is planning to sell products on its owned apps like Instagram and WhatsApp, but other websites could also use the cryptocurrency for e-commerce. But beyond e-commerce, especially for people in developing countries that lack a banking infrastructure, Libra could be convenient for storing and transferring money, without paying high fees. So, if you want to send money to another country, Libra may be a cheaper way to do it than what’s currently available. This will be most helpful to increase remittance across mid-developed to developing countries.

Which Technology is behind Libra?

Facebook has announced that its subsidiary Calibra will act as a wallet to store it. This will be based on cryptography and blockchain Technology. The whole currency will be decentralized controlled across the networks around the world. It is said that it will have its own programming language Move. Since the project in the early stages, the more details will be surfaced as the plan goes ahead.

Bitcoin and Libra – difference and similarities

Libra transactions will be logged on a blockchain—a tamper-proof ledger that runs across multiple computers. This is the same technology that Bitcoin and other cryptocurrencies are built on. So, yes, there are some similarities, including the ease of moving money and creating secure transaction records. But there are also key differences. For instance, the price of Libra is more stable than Bitcoin, since Libra is backed by a reserve fund, while the value of Bitcoin just floats. Also, Bitcoin is recorded on a public blockchain that allows anyone to build on it. On the other hand, to build on many features of Libra’s blockchain, developers must seek permission from Facebook and its partners who administer it.

How much are Libra worth?

Facebook and its partners are supporting Libra with a pool of real-world money, encouraging users that they will always be able to trade the cryptocurrency in for cash. The everyday value of Libra, which uses the monetary symbol of three waves, is pegged to the average value of a basket of world currencies, made up of U.S. dollars, U.K. pounds, euros, and Swiss francs. Below is shown how Libra will work.

When I will get Libra to use?

As Facebook says the new digital money will only be ready by mid-2020. When it’s ready, users can download Calibra application—which will work a lot like Venmo—and buy some by connecting your bank account.

It’s significant to note that Facebook’s Calibra is not the only choice for procurement and expenditure Libra. Facebook is in talks with dozens of partners, companies, including PayPal and Coinbase, many of which are expected to build digital wallets of their own. Here is a diagram that shows all of the initial partners: All of these companies will also let users convert Libra into regular cash, and many other companies are expected to join the coming months.

Currently, the Libra Association includes 30 organizations from various sectors like Payments, Social Media, Blockchain, Venture Capitals. The name of all is mentioned below.  Facebook says it plans to reach 100 founding members before the official Libra launch in next year and it’s open to anyone that meets the eligible criteria, including direct competitors like Google or Twitter. The Libra Association’s Headquarter is based in Geneva, Switzerland and will meet twice in a year. The country was chosen for its neutral status and strong support for financial innovation including blockchain technology.

The Libra Blockchain is pseudonymous and not anonymous. It is public and can be audited by law enforcement/third-parties. Even though Facebook has said that the data of Libra will be kept separated from social data of Facebook, they also told that they will not mix-up data with each other without User’s consent. This Data will be kept private except for some exceptions. The expectation is that third parties and law enforcement would be able to have that data as well as every other actor/business/individual building on Libra.

So this is all about Facebook and its associated company’s new cryptocurrency Libra. We will keep update you with latest happening with it. Keep visiting our site for the latest technology news and updates.